The European Court of Human Rights was established with the purpose to create an instance that is independent from the political will of states, a single jurisprudential system that allows any person to address to the Court and to obtain the elimination of any interference from the part of the States with regard to human rights.
The review by the Court is thus subsidiary aiming to preserve Europe's cultural diversity, and to maintain the identity of nations. The Court decides observing the true European constitution: the European Convention on Human Rights.
Beyond its international quality, the Convention has the specific nature of supranational bodies. An objective juridical system based both on international legal order as well as on internal constitutions is implemented through the European Court of Human Rights.

The genesis of education is to be found in the Roman mythology embodied by Edulica the goddess, a symbol of the responsibility in raising and feeding the children during the ancient times. By springing out from the symbolism and the etymology of the Latin educo / educere, one idea has transgressed throughout the centuries: that education has been the cultural and the spiritual food for the entire human evolution in the sense of pulling the man out of his natural shell state and consequently shaping, developing and maturing the fundamental core of his physical, psychic, moral, aesthetic, cognitive, affective and volitional being.
The education of the human being has gradually evolved over time having as starting point the human value, regarded as the quintessence of all human qualities that usually generate appreciation for the qualities of a human being as a universal actor implied in the defining and the recognition of his or her „inherent dignity and of that of the human family members, in their equal and inalienable rights".
In this respect the human rights have been established and forwarded by their very own nature, independent of any forces that might have influenced them. In the evolution of human society and of education, they have constituted themselves as a science of human rights rooted in values such as freedom, equality, justice, tolerance, solidarity and responsibility under the protection and the requirements of the law.

The UN Convention on Refugees was formally adopted on July 28, 1951 to solve the refugee problem in Europe after World War II. This international Treaty defines a refugee as a person with a well-founded fear of persecution for reasons of race, religion, nationality, membership to a particular social group or political opinion. From the definition presented it results that it does not specifically refer to people living in certain areas that are affected by global warming changes.
Climate change is a major threat to the states` security and it will continue to pose a threat in the not too distant future. For this reason, it may affect up to disappearance entire communities in Asia, Australia, Oceania, Central America, Africa and especially the Pacific. Changes from global warming and desertification, water scarcity, drought, earthquakes or floods will force many people to leave the southern hemisphere of the planet increasingly affected by climate change and take refuge in the northern hemisphere of the planet. Long term weather changes will encourage farmers, fishermen and herders to go away from affected areas, especially those in rural areas and to move to urban areas.

The study presents aspects of international protection. Protecting persons is primarily the responsibility of states. The need for protection comes after some strong abusive reasons occurring in the home state. Due to the unlawful treatment, in violation of fundamental rights and freedoms, people are entitled to a form of protection granted by another jurisdiction. 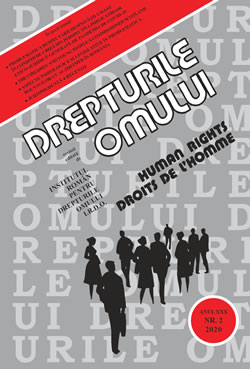